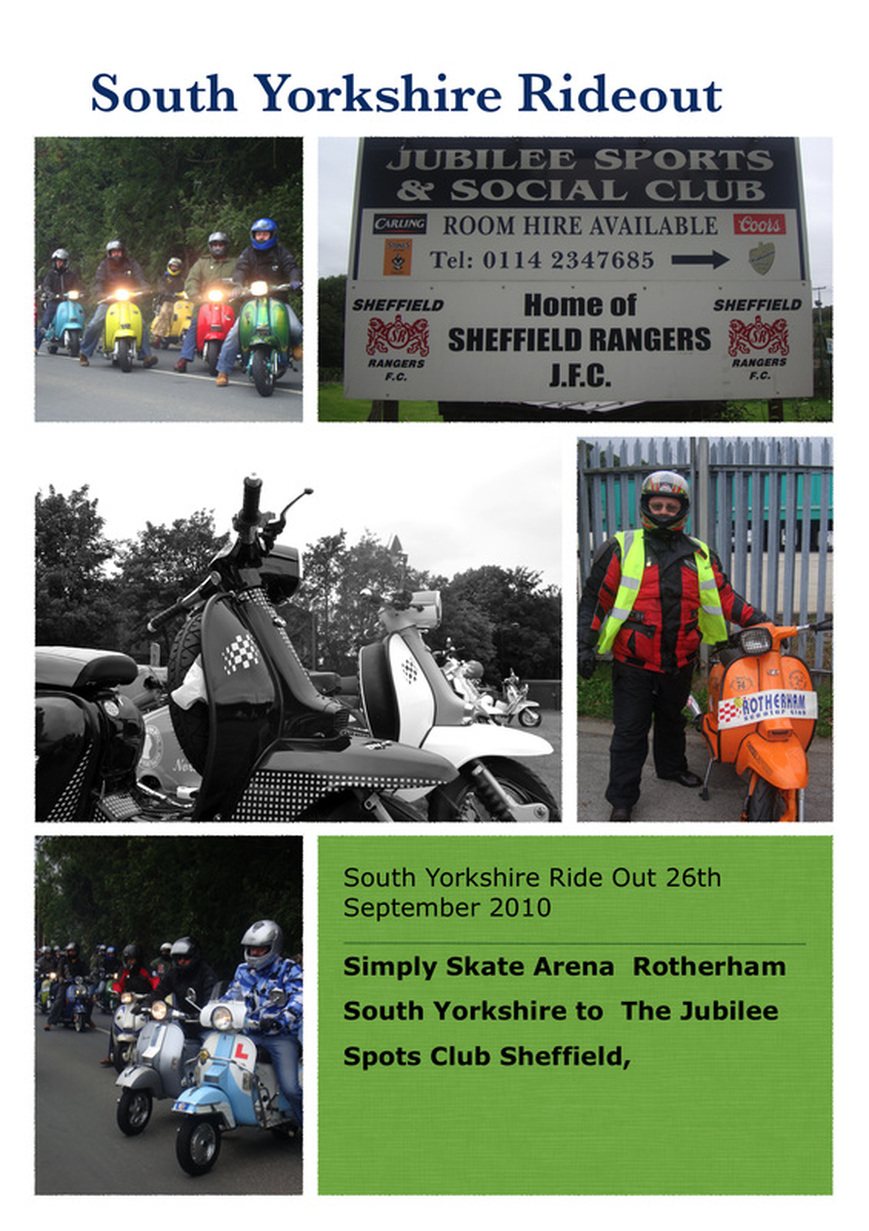 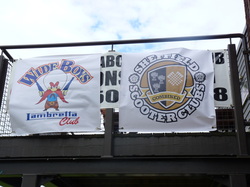 Sunday 26th September Y.S.A. South Yorkshire ride out , This was the first one organised by Sheffield combined scooter clubs an amalgam of Seven hills scooter club , Wideboys lambretta club and the Killamarsh nomads. We had a hard act to follow after the last few years organised so well by Rotherham, Barnsley and Doncaster.
People have asked why we decided to start a Sheffield ride in Rotherham the initial plan was to touch on the borders of Doncaster and Barnsley too but marshalling would have been a killer so a shorter route was decided although we did have to change it on the day, dreaded road works. Simply skate being a top venue with one of Seven hills members (cheers Ian ) involved there, as most people know finding some where big enough for an event like this is a nightmare so it was the perfect choice .
As usual with scooterists some people can’t sleep in the morning and the first scoots started turning up at 10.30 or is that just lammy riders who think it might take that long to get there, the music was pumped up and the kettle boiling although there were takers for something a little stronger, the throng of happy scooterists continued growing to over 400 scooters at the time for the off at 1pm, with the reverend and other Sheffield scooterists in front the throng of coolness left the gates on to the south Yorkshire roads, every member knowing their junction to stop traffic and keep the ride going with the reverend directing in front. We had one irate driver of a lorry with 21 drops to do but his remonstration with Jasper just met ”a get in thi cab and wait like every one else” and a few expletives stopped him arguing and he waited for the line of scooters to go past. A ride that runs so sweet and not to put a foot down are very rare and were proud that we managed it on our first .
We chose the Jubilee club as the destination as it was the venue for the first two Yorkshire invasions, it has plenty of space although this was tested by the volume of scooters. The sound of the approaching ride swept through the car park with heads turning to watch the first scooters through the gate. Were sorry that the music was only inside but the weather didn’t look good for running electrics outside, although the bar was full till the club closed at 8pm with talkers and dancers the outbuilding having more than it’s fair share of I’ll get it tomorrow scooters.
All that’s left now is to say thank you to the clubs and solo riders who turned up and helped to make this such a special day to the lads and ladies who marshalled and gave up their time and both venues for making us so welcome and when you want us to take a turn again just let us know and Sheffield combined will be there cheers and beers fatpiggy....... 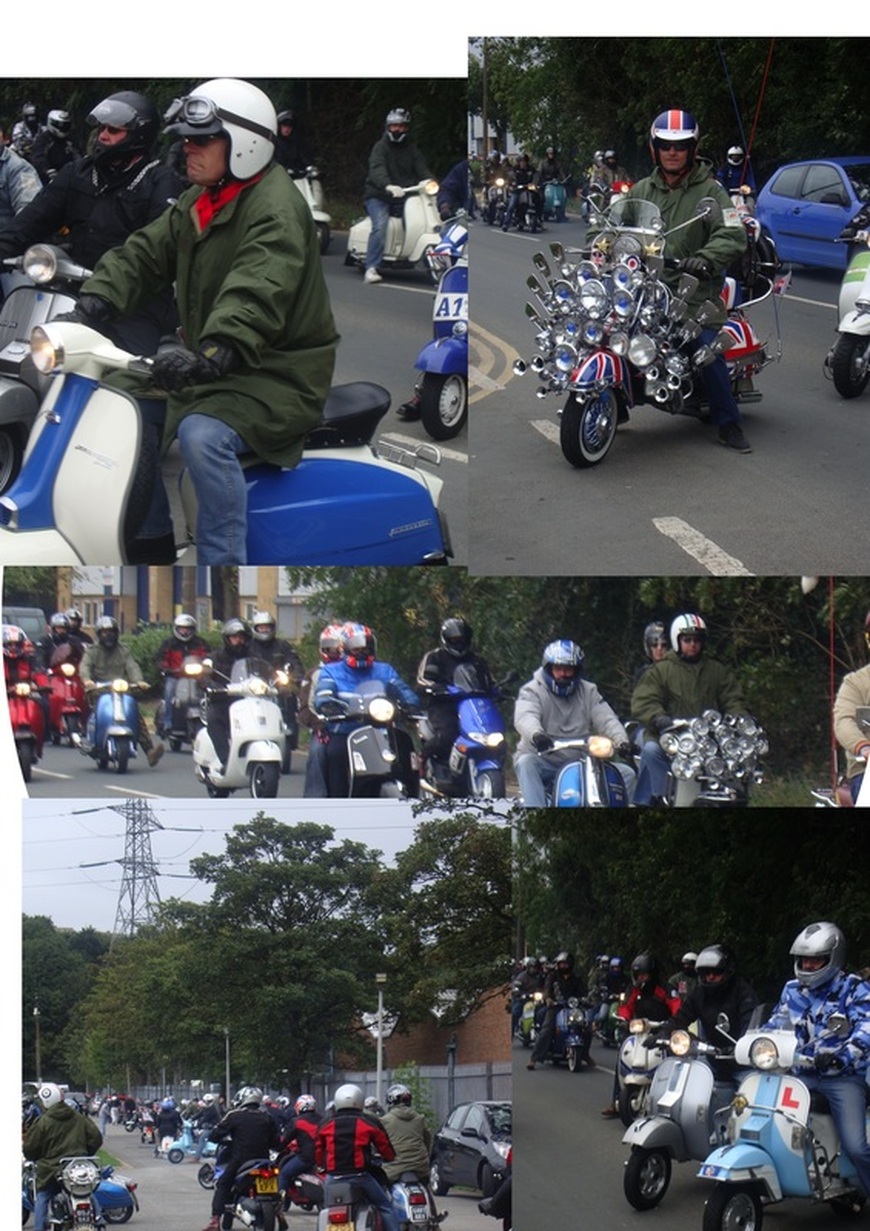 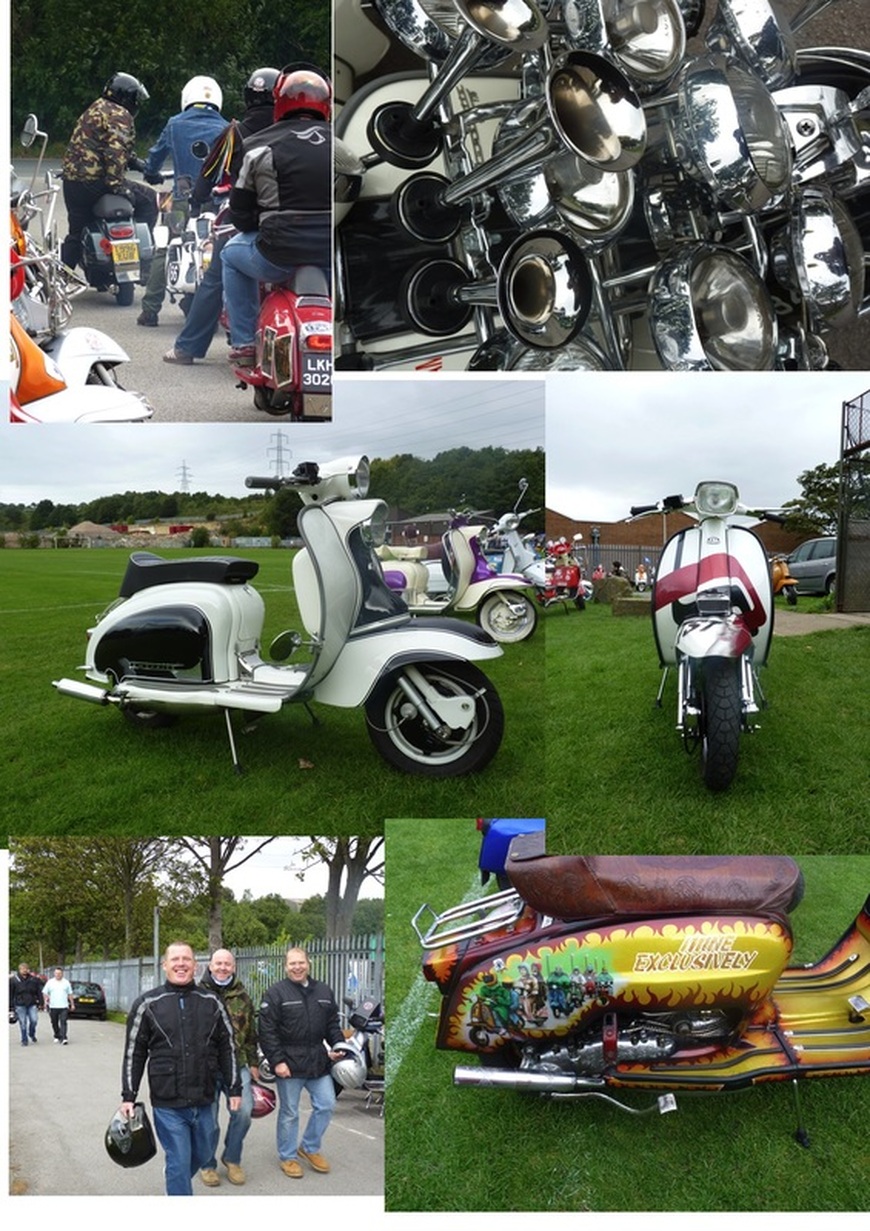